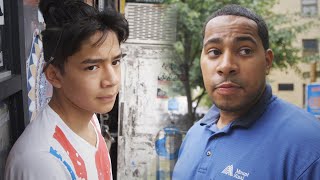 Sentenced as an adult at the age of 17, I have spent over half my life in prison. I grew up poor in a dysfunctional household. My father was a drug addict, in and out of jail, rarely around. My mother was also addicted to drugs and was a negligent parent. My older brother was a juvenile delinquent in and out of detention facilities. When I was about five my mother uprooted me and my brother from Troy, New York, to move to Detroit Michigan, to follow behind a boyfriend who

Judith Hannan is the author of Motherhood Exaggerated (CavanKerry Press, 2012), her memoir of discovery and transformation during her daughter’s cancer treatment and her transition into survival. Her most recent book is The Write Prescription: Telling Your Story to Live With and Beyond Illness. Click here for more information about Judith and her work. It’s Friday afternoon and I am on my way to Brooklyn where, every other week, I will meet social worker and Prison Writes fou

TALES of TOMMY by Lou Simelou

Why I Write by Lou Simeone

THANK YOU FOR YOUR SUPPORT!

What to the Formerly Incarcerated -Is the Fourth of July ?